Red
The Red Beetles are a type of mysterious inter-planar insect found in the Arcana universe. They appear on The Tower card of Asra's tarot deck.

In Nadia's route, Strength, the Beetles are found living in their own room in Praetor Vlastomil's manor. Nadia remarks that she remembers them, and that they were used to dye fabric a bright crimson red, which had once been all the rage in Vesuvia. Praetor Vlastomil wears a crimson beetle as a fastener for his shawl. Vlastomil also lamets that most people have forgotten about the beetles.

In Asra's route, Strength, the Beetles are found burrowed in the red ground beneath a local, dried-up spring. The swarm of beetles burst from the ground at the prodding magic of Asra and the Apprentice and skitter away, allowing the spring water to flow freely once again. A local by the name of Saguaro shares a story of how, in the past, a Giant Red Beetle had descended onto their town, and was later fought by Lucio. While the Giant Beetle was defeated, it merely broke into thousands of the smaller red beetles which burrowed into the ground.

With Julian, in Strength, you find a sketch he had made of the red beetles. It was buried among the mess of his desk, along with an oily, ruby adorned key that Julian says was "calling" to him. 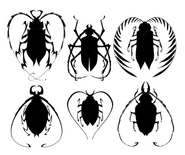 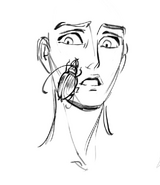 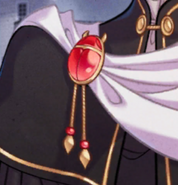